​
Here is the link to the guild meeting we had early in the evening for those who missed it or wanna read it back. For questions, open a new topic, or just PM me or poke me on TS

http://cupcakethunder.eu/index.php?threads/guild-meeting-summary.165/#post-626
Continue...
Blade & Soul Dungeons
1 961 by Elo : Oct 27, 2015 at 7:21 PM
The first of a two-part series delving into the challenges of instanced group content.
Dungeons in Blade & Soul allow players to group up for challenging instanced content. From normal questing, daily challenges, or a desire to obtain a rare element needed to improve your weapons’ power, you’ll regularly be sent in to defeat a dungeon’s denizens. Each dungeon is categorized by their overall difficulty: Normal, Challenging, and Heroic. These three designations indicate how well prepared you and your group should be before entering. 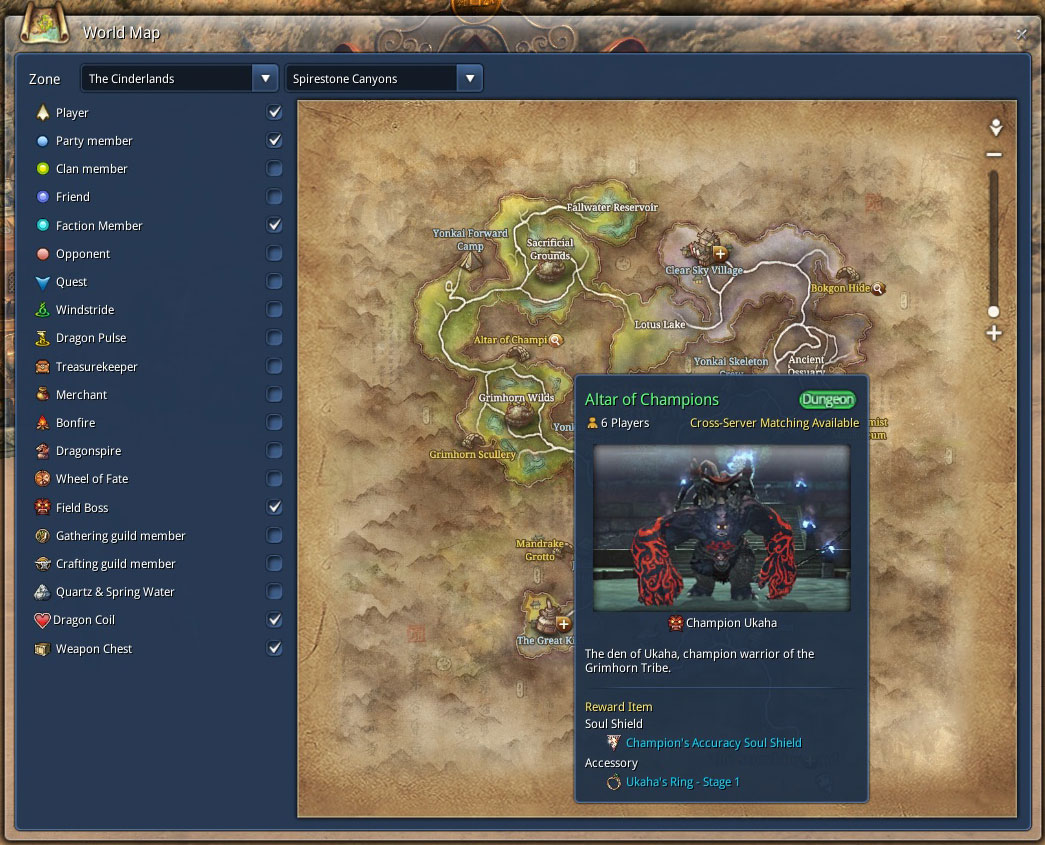 ​
Standard 6-player dungeons offer a straightforward challenge for any group, but also allow for any number of players to enter—including the ability for particularly well-prepared and confident players the difficult possibility of soloing it. While it’s possible to complete a Normal or even Challenging dungeon with fewer than all 6 players, a Heroic dungeon will almost always demand a full party to succeed. 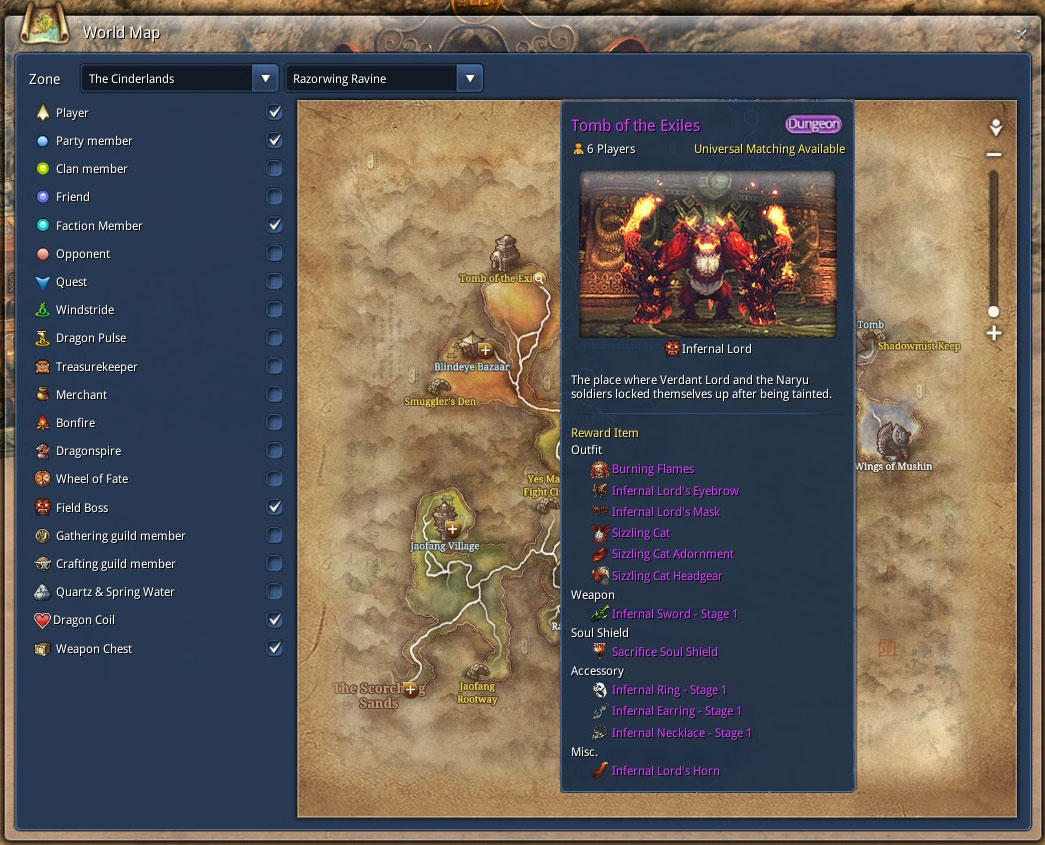 ​
There are also max-level 4-player versions of some dungeons; the 4-player versions are a separate and more difficult mode that can only be accessed by setting your party to 4-player mode (as opposed to the default 6-player mode). Aside from the increased difficulty of just having fewer players, the bosses do more damage, have more health, and have new mechanics you won’t see in the normal 6-player version. This more difficult option also doesn’t allow players to resurrect using Dragonblood and most indicators for enemy attacks have been removed. 4-player dungeons offer vastly increased chances at obtaining rare items for the vastly increased difficulty, and also contain some items that can’t be obtained at all from the 6-player version. 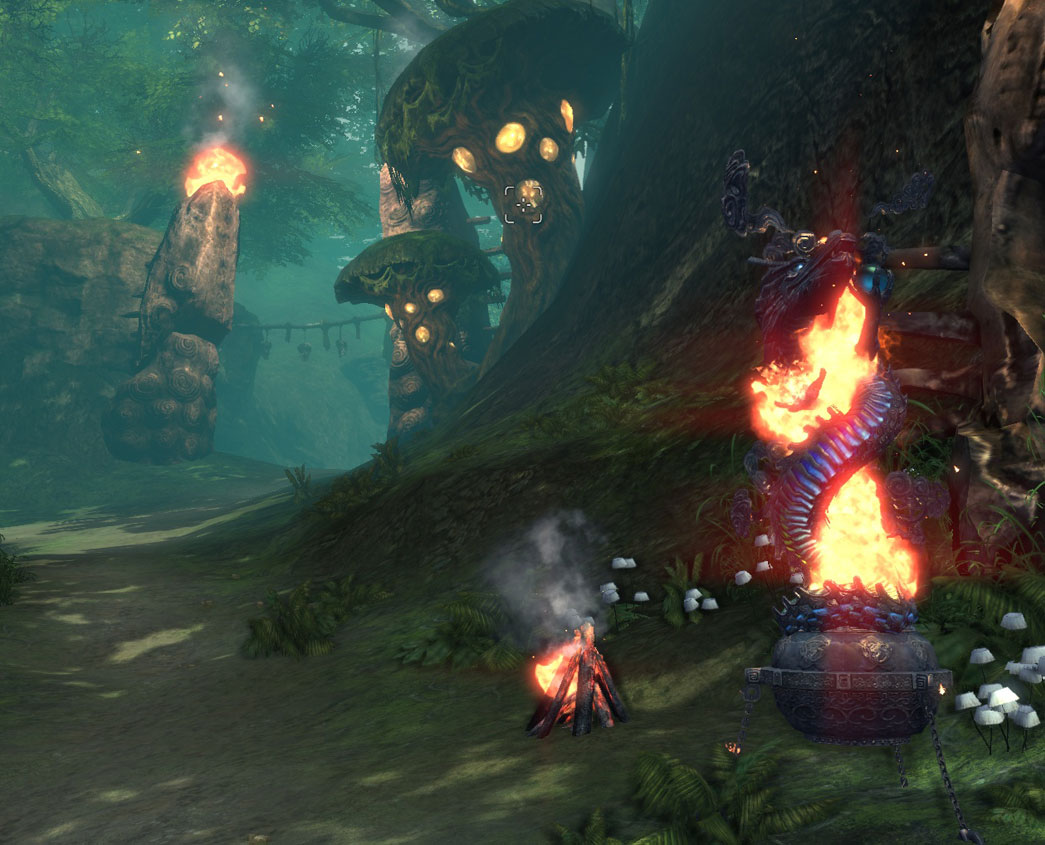 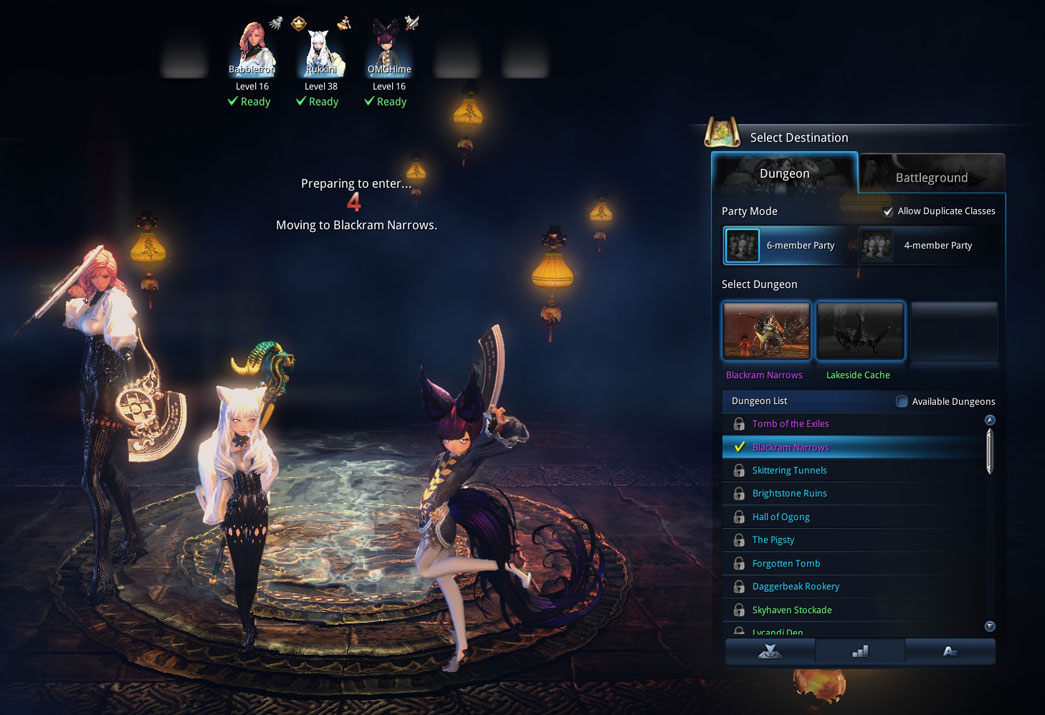 ​
To find other players to tackle either 6- or 4-player dungeons, you can use the same-server Party Finder ([F7] or via the Dragon Pillar in front of the dungeon entrance), or jump into the Cross-Server Dungeon system [F8]. Joining the Cross-Server Dungeon finder takes you into a new lobby where your character is shown among your other party...
Continue...
Gallery now shows full sized photos as well!
0 715 by Konijntje : Oct 25, 2015 at 1:46 PM ​
The gallery now shows photo's in full size when clicking on them. Originally they are in 720p on the site to save bandwidth and is usally enough, but just click on the photo to show them in full size now

Continue...
Reminder: Make your introductions
1 787 by Konijntje : Oct 25, 2015 at 1:04 PM
Some people from the old site have not yet posted their introductions here or made a account. I will presume those people are no longer interested in joining the guild and i will remove them from teamspeak and the guild list if they do not post their introductions before the start of closed beta.
Continue...
Event Reminder
4 1,030 by Konijntje : Oct 23, 2015 at 4:21 PM
Remember: at 20:00 CET on upcoming thursday we have the teamspeak meeting event where we will talk about the guild, plans etc. Be there!

As always, see the calendar view to see when the event takes place in your timezone.

You don't have the necessary permissions to use the chat.